Autodesk’s Project Photofly, or Photo Scene Editor, allows anyone with a digital camera to create a 3D model of an object simply by taking a series of photographs from multiple angles. This sort of interpolation has been around for a while; in fact, when you see people wearing those spandex suits covered in ping pong balls, their 3D motion is recorded by having multiple cameras track the data points. That’s essentially the same way we have depth perception, by using two mushy eyeballs.

This isn’t about motion, though. The significance of this Autodesk project is that it allows anyone with a camera to capture 3D models, and it’s free until the end of 2012.

Myself, I’m trying to make a good quality 3D coconut:

If I had a clean enough mesh, I could order 3D printed coconut from Shapeways. They could even make a sterling silver coconut, or perhaps steel, with bronze finish.

And here’s a quick attempt to capture Buzz Lightyear. Of course the layers of irony of creating a 3D model by photographing a toy based on a 3D model are delicious.

Or perhaps I should work on this: 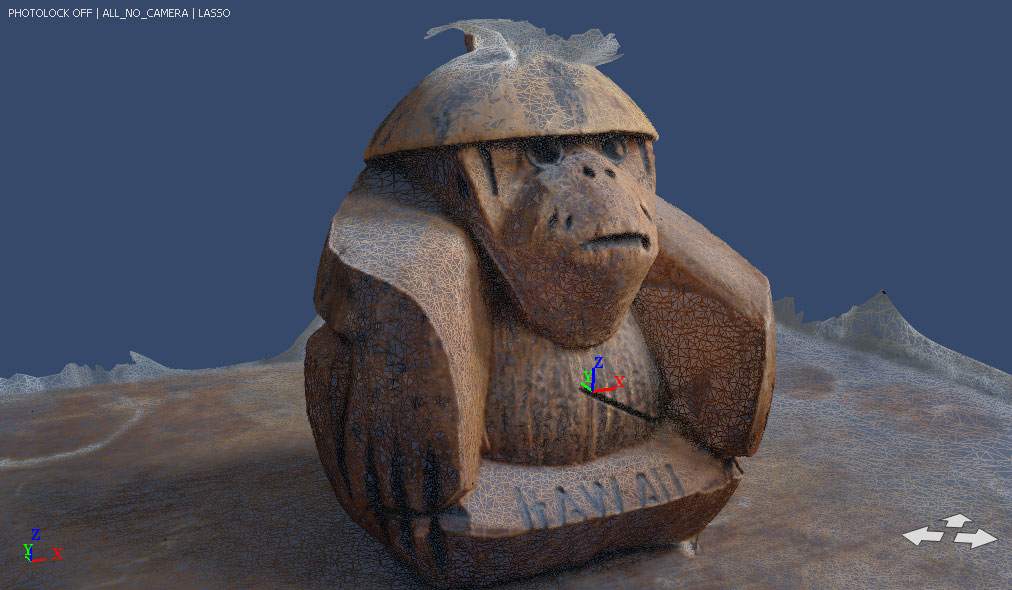