Skip to content
andyosaurus film, Uncategorized, vintage May 16, 2013
[youtube:http://www.youtube.com/watch?v=YdFN6agkNnQ%5D
Tales of the Gold Monkey is a pulp television series with the sensibility of a Saturday morning cartoon, following a cargo pilot’s adventures set in the 1930s South Pacific. If this sounds like the Disney show TaleSpin, that’s because Gold Monkey was a major influence upon the creator of TaleSpin, Jymn Magon.

There are Nazis! Volcanos! Spies! Samurais! A dog with an eye patch! It must have been an expensive show to produce, and indeed it’s quite striking how much show there is. There are real vintage airplanes, aerial dogfights, large sets, and much of the series appears to be shot in Hawaii. In terms of production scale, this is the Game of Thrones of 1982. The series is the brainchild of Magnum PI creator Donald P. Bellisario. 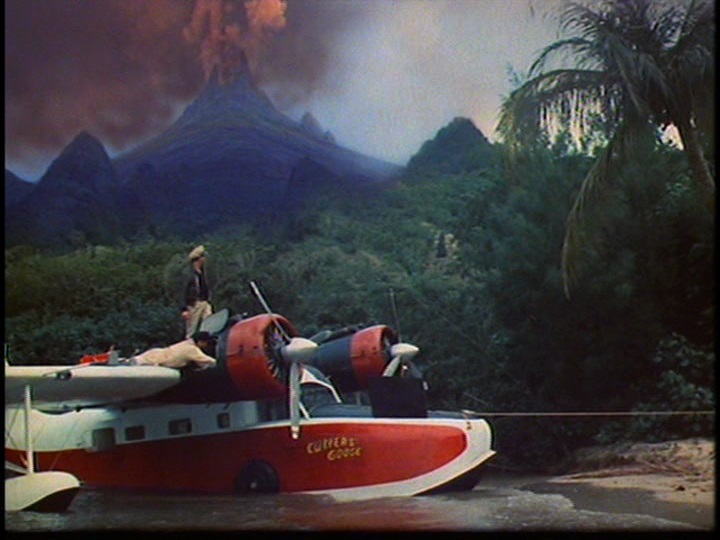 Many television shows that lasted one season or less have come and gone, but the most similar show that comes to mind is The Young Indiana Jones Chronicles. Young Indy was undoubtedly better produced, directed, and written, but also ten years later. Contemporaneous to Gold Monkey was Bring ‘Em Back Alive, another WWII-era adventure series set in Singapore. Both were criticized as Raiders of the Lost Ark knockoffs, but it would be more accurate to say that the popularity of Raiders is what allowed Gold Monkey and Bring ‘Em Back Alive to be greenlit during that television season. Bellisario was apparently working on the idea before Raiders was released.

It’s great to see distributors like Netflix giving a second life to the many brief but wonderful television series that have hooked our sense of romance and adventure over the years. If you can still maintain your childlike sense of wonder, you’ll probably enjoy Tales of the Gold Monkey. It’s only available by disc over Netflix, or you can just buy whole the 21-episode run on Amazon for thirty bucks.